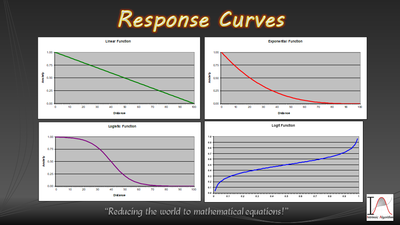 A Response Curve is a mathematical formula that converts an input value into an output value.